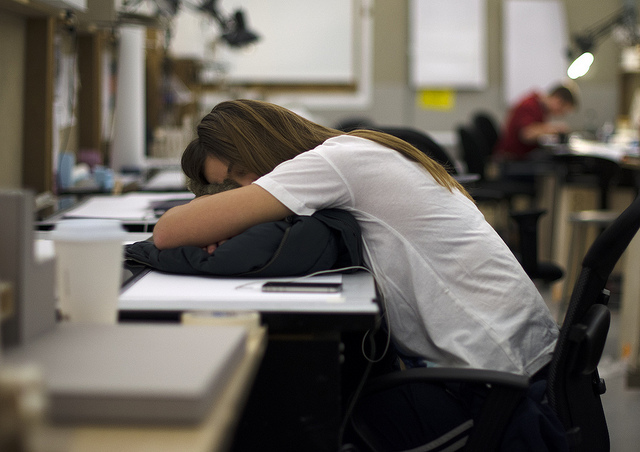 The job of a substitute teacher is tough enough, especially when dealing with sleep-deprived students. Sleep is a fundamental need for all children. Not only do children get cranky and unruly when they lack sleep, but according to a new study, it affects their ability to learn.

While nutrition and family income have previously been associated with academic performance, now quantity of sleep has also been shown to play a role, according to a Boston College analysis.

The study, which draws on data culled from tests taken by more than 900,000 students in 50 countries, found that the U.S. has the greatest proportion of students whose academic performance, particularly in math and science, suffers due to poor sleep, with 73 percent of 9–and 10-year-olds and 80 percent of 13 and 14-year-olds affected.

Those rates are significantly higher than the international average of 47 percent and 57 percent, respectively.

The top five countries where poor sleep hampers learning are:

The study found variations within countries, too. For example, middle school students in Colorado are more sleep deprived than their counter parts in Massachusetts.

The low level of sleep in affluent countries like the United States and Saudi Arabia is attributed to students having cell phones and tablets at their fingertips —literally. The light from the screen, held close to the face, makes it harder to fall asleep.

If you’re interested in learning more, please don’t hesitate to contact us, we’d love to hear from you!

Next ArticleWays to Truly Relax This Summer

Does your school district use Absence Management® (formerly Aesop®), SmartFindExpress®, or SubstituteOnline® to assign substitute jobs? Check out SubSidekick, a service that sends you text message, email and audio alerts when a job is available for you to accept!